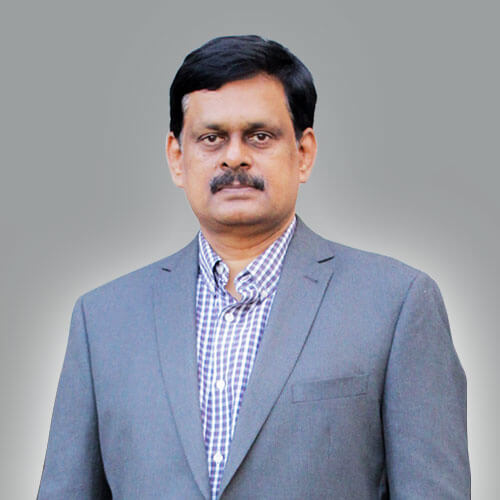 Sri Raghu Kalidindi is a renowned academician. With over three decades of R & D experience, his journey as an academician began when he started Raghu Tutorials in 1991. His popularity skyrocketed along with his credibility as an expert in teaching..

He was awarded “The Best Physics Lecturer” in Andhra Pradesh while he continued to inspire thousands of students who got admission to engineering and medical colleges under his tutelage. After a decade of committed hard work, he set benchmarks in the industry by revolutionizing engineering education to cater to the ever-increasing demand for highly skilled engineers resulting in the establishment of Raghu Engineering College in 2001 and Raghu Institute of Technology in 2007. Both engineering colleges were accredited by NBA and NAAC with “A” grades and got autonomous status in 2017 under his visionary leadership making the group the only to get Autonomous status for both institutions.

He believes that a college should prepare students for life beyond books. And hence took active role in imbibing a slew of classroom practices for ethics, well-being, and cultural development as well as by establishing top-notch infrastructure in college under his vision. With a mission to create opportunities for holistic growth as part of education, he developed a national-level sports infrastructure in the college.

For him, learning is a continuous process and that keeps him a learner at heart. Unwilling to limit himself to academics, he followed his passion for technology which fires up his entrepreneurial journey in founding Akrivia Automation – A Smart Factory “Facttwin” and Machine Health Monitoring “Akrivia MHM” bridging the gap between academics and industry.

Get in touch with us